The first three batches, more than 11,000 packs, of the drug Deltyba are ready for shipment to Russian healthcare facilities. The medicine for treatment of drug-resistant tuberculosis, manufactured at R-Pharm Group’s plant, has past the procedure for entering into civil circulation, including additional testing by an independent laboratory of Roszdravnadzor (Federal Service for Surveillance in Healthcare).

Deltyba was developed by Otsuka Pharmaceutical Co., Ltd., Japan and is now produced by R-Pharm Group. Thanks to close cooperation between Russia and Japan, Deltyba became the first drug to undergo a new procedure of marketing authorization established by the regulations of the Eurasian Economic Union. In February 2021, a commission of the Ministry of Health of the Russian Federation recommended Deltyba to be included in the List of Essential Medicines. 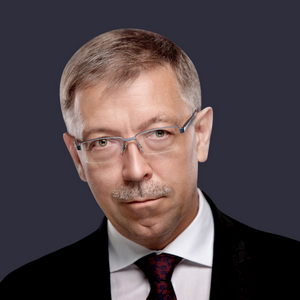 Mikhail Samsonov
Chief Medical Officer of R-Pharm Group
As part of R-Pharm Group's strategic cooperation with Japanese partners, we continue opening up access to new health care technologies for Russian patients. We are confident that Deltyba, a medicine for treatment of multidrug-resistant tuberculosis, will help improve the situation with this dangerous disease in our country

Deltyba (delamanid) is a new oral anti-TB drug with bactericidal activity against Mycobacterium tuberculosis, including MDR strains to treat pulmonary tuberculosis in adults.

Delamanid causes significantly faster sputum culture conversion as part of the combination treatment of MDR-TB in adult patients compared to a regimen excluding delamanid. The drug has no cross-resistance with other registered anti-TB drugs, allowing it to be included in adult patients’ standard and individualised regimens for MDR pulmonary TB.

The favorable safety profile of delamanid has now been characterized in several other patient groups, including HIV-positive patients. In 2020, WHO approved the administration of Deltyba for children above 3 years.

Deltyba has been approved in more than 40 countries, including the European Union, Hong Kong, India, Japan and China, and others.

About tuberculosis in Russia

In recent decades, the active fight against the disease in Russia has achieved significant progress. For example, the number of new cases detected each year has fallen more than twofold in 20 years and the number of deaths from tuberculosis has decreased more than fourfold. In 2021, Russia was removed from the list of countries with a high TB burden.

At the same time, the disease situation in the country remains quite tense. Russia is one of the countries with a high prevalence of multidrug-resistant pulmonary tuberculosis (MDR-TB). The fight against it is a priority for the national healthcare system. Currently, one in three new TB cases in Russia is MDR-TB. This form of the disease can be cured in 55% of cases, while its therapy requires high-tech and modern medication.