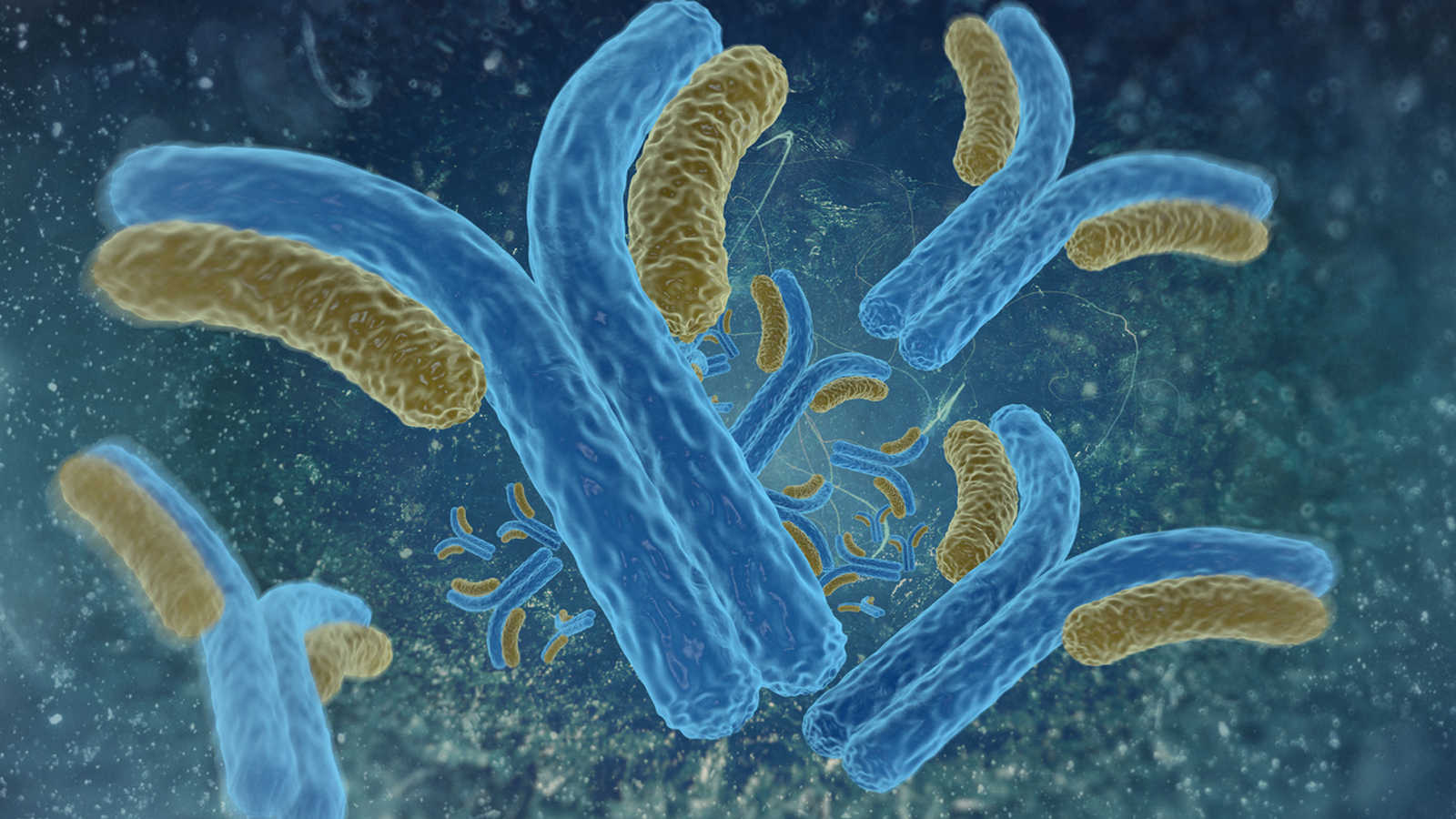 Antibodies are proteins that your immune system makes to help fight infection and protect you from getting sick in the future.

The immune system is a complex network of cells, tissues, and organs that work together to protect the body from infection.

When you are infected with a virus or bacteria, your immune system makes antibodies specifically to fight it. Your immune system can also safely learn to make antibodies through vaccination. Once you have antibodies to a particular disease, they provide some protection from that disease. Even if you do get sick, having antibodies can protect you from getting severely ill because your body has some experience in fighting that disease. How long this protection lasts can be different for each disease, each person, or influenced by other factors. Antibodies are just one part of your immune response. 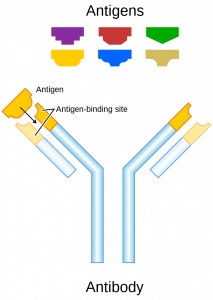 An antibody (Ab), also known as an immunoglobulin (Ig), is a large, Y-shaped protein used by the immune system to identify and neutralize foreign objects such as pathogenic bacteria and viruses. The antibody recognizes a unique molecule of the pathogen, called an antigen. Each tip of the “Y” of an antibody contains a paratope (analogous to a lock) that is specific for one particular epitope (analogous to a key) on an antigen, allowing these two structures to bind together with precision. Using this binding mechanism, an antibody can tag a microbe or an infected cell for attack by other parts of the immune system, or can neutralize it directly (for example, by blocking a part of a virus that is essential for its invasion).

To allow the immune system to recognize millions of different antigens, the antigen-binding sites at both tips of the antibody come in an equally wide variety. In contrast, the remainder of the antibody is relatively constant. It only occurs in a few variants, which define the antibody’s class or isotype: IgA, IgD, IgE, IgG, or IgM. The constant region at the trunk of the antibody includes sites involved in interactions with other components of the immune system. The class hence determines the function triggered by an antibody after binding to an antigen, in addition to some structural features. Antibodies from different classes also differ in where they are released in the body and at what stage of an immune response.

Together with B and T cells, antibodies comprise the most important part of the adaptive immune system. They occur in two forms: one that is attached to a B cell, and the other, a soluble form, that is unattached and found in extracellular fluids such as blood plasma. Initially, all antibodies are of the first form, attached to the surface of a B cell – these are then referred to as B-cell receptors (BCR). After an antigen binds to a BCR, the B cell activates to proliferate and differentiate into either plasma cells, which secrete soluble antibodies with the same paratope, or memory B cells, which survive in the body to enable long-lasting immunity to the antigen. Soluble antibodies are released into the blood and tissue fluids, as well as many secretions. Because these fluids were traditionally known as humors, antibody-mediated immunity is sometimes known as, or considered a part of, humoral immunity. The soluble Y-shaped units can occur individually as monomers, or in complexes of two to five units.

Antibodies are glycoproteins belonging to the immunoglobulin superfamily. The terms antibody and immunoglobulin are often used interchangeably, though the term ‘antibody’ is sometimes reserved for the secreted, soluble form, i.e. excluding B-cell receptors.