Binnopharm Group, a pharmaceutical company and part of Sistema, continues to expand its footprint in the CIS markets. Neobutin, an antispasmodic with prokinetic effect intended for gastrointestinal pain and spasm treatment, will now be available in Azerbaijan in 3 SKUs, Neobutin 200 mg, Neobutin 100 mg for children over three years of age and Neobutin Retard 300 mg. 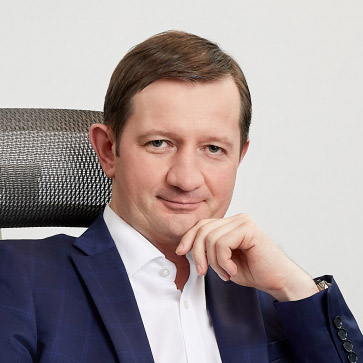 Rustem Muratov
Binnopharm Group's CEO
We are now expanding our focus beyond Russia to neighbouring countries. The time has come to tap the CIS markets with medications that have a proven track record in Russia and are poised to soar to new heights.
We expanded our portfolio in August, offering our customers a wider choice in Russia with two new SKUs, Neobutin Retard No. 20 and Neobutin Retard No. 60. In July through August 2022, Neobutin ranked second in Russia in money terms, accounting for a fifth of the gastrointestinal antispasmodic market. Capitalising on our strong performance, we want to achieve the same elsewhere. Bringing one of our flagship products to the Azerbaijani market will further strengthen our positions in Russia. Given the positive consumer sentiment toward Russian products, we have an edge over foreign manufacturers.

Binnopharm Group ranked sixth by units sold in 9M 2022 in the Azerbaijani pharmaceutical market, according to IQVIA. In late 2021, the company opened six representative offices across the CIS and began to actively promote medicines in the new markets, gaining the lead by units sold in Kyrgyzstan.

Neobutin is an antispasmodic intended for symptomatic treatment of pains, spasms, cramps, abdominal discomfort and distention.