In recent years, subcortical small-vessel disease has become an increasingly common cognitive diagnosis. Researchers at University of Gothenburg have now shown that it is possible to identify patients with the disease by combining two biomarkers that are measured in spinal fluid and blood, increasing the potential for both treatment and development of medication.

Small vessel disease (SVD) refers to conditions where damage to arterioles and capillaries is predominant, leading to reduced, or interrupted perfusion of the affected organ. Data suggest that when this condition is evident in any organ, it is already systemic in its occurrence and consequences. SVD affects primarily organs that receive significant portions of cardiac output such as the brain, the kidney, and the retina.
Subcortical small vessel disease leads to lacunar infarcts and progressive damage to the white matter.

Petronella Kettunen project manager for the Gothenburg Mild Cognitive Impairment study, is the article’s lead author explains the problem associated with the absence of markers of subcortical small vessel disease. 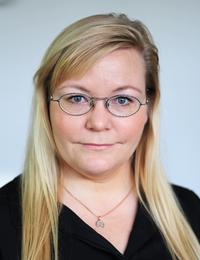 Petronella Kettunen
Associate professor in neurobiology at the University of Gothenburg
Up to now, we have had no markers for subcortical small-vessel disease, which means that the disease could not be easily identified by testing samples of spinal fluid or blood. We have now opened up an opportunity to identify the disease, enabling help for this patient group in the form of lifestyle changes and blood pressure-reducing medication.

When we combined the biomarker for vascular injury with the protein fragment we identified, the potential for separating patients with subcortical small-vessel disease from control subjects, patients with Alzheimer’s disease and patients with mixed dementia was improved.

For a treatment study for Alzheimer’s disease, for example, you need to know that all of the patients are suffering from Alzheimer’s and not from another cognitive disease, otherwise the result will not be accurate.

In the study, researchers at the University of Gothenburg examined several biomarkers, measured in samples of both spinal fluid and blood, to see whether they could be used to distinguish between these three common cognitive diseases. A total of 170 patients are included in the study, including control subjects.

The study confirms that a biomarker for vascular injury, based on the ratio of the protein albumin in spinal fluid and blood, was significantly higher in patients with subcortical small-vessel disease. The study also presents a new biomarker, a fragment of the amyloid precursor protein (APP) in spinal fluid, which was lower in patients with subcortical small-vessel disease.

The findings also improve the possibilities for refining patient cohorts during clinical trials for new drugs. Diagnosing patients with these diseases is important for identifying the correct patient groups for each disease that in turn enable future treatment studies.