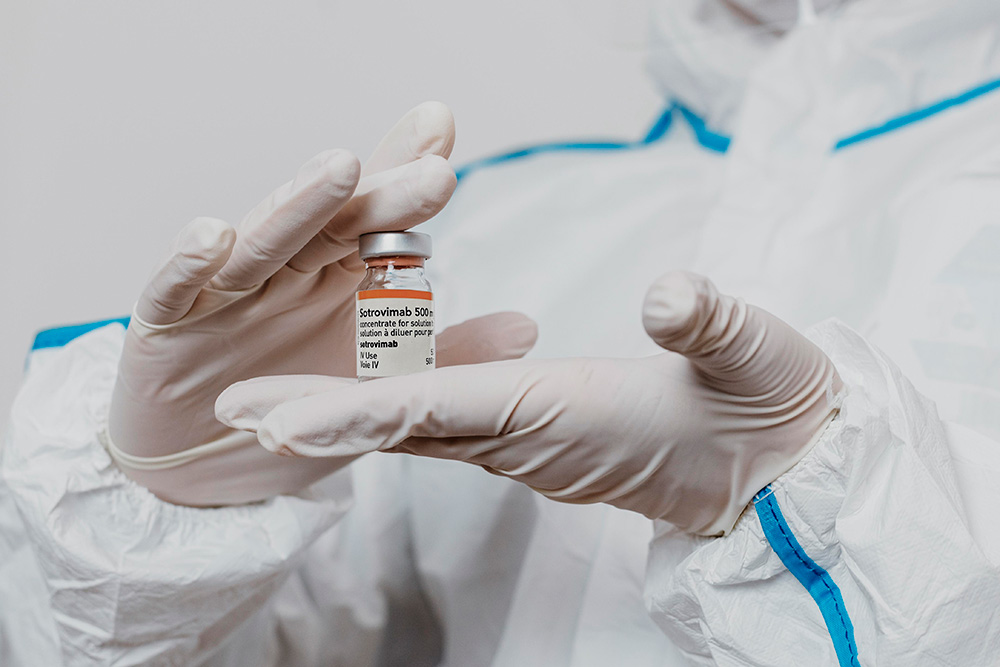 Sotrovimab, sold under the brand name Xevudy, is a human neutralizing monoclonal antibody with activity against severe acute respiratory syndrome coronavirus 2, known as SARS-CoV-2. It is under development by GlaxoSmithKline and Vir Biotechnology, Inc. Sotrovimab is designed to attach to the spike protein of SARS-CoV-2.

Xevudy (sotrovimab) is an investigational SARS-CoV-2 neutralising monoclonal antibody. The antibody binds to an epitope on SARS-CoV-2 shared with SARS-CoV-1 (the virus that causes SARS), indicating that the epitope is highly conserved, which may make it more difficult for resistance to develop. Sotrovimab, which incorporates Xencor, Inc.’s Xtend™ technology, has also been designed to achieve high concentration in the lungs to ensure optimal penetration into airway tissues affected by SARS-CoV-2 and to have an extended half-life.

Sotrovimab is supplied in several countries worldwide, including through national agreements in the US, UK, Japan, Australia, Canada, Singapore, Switzerland, and the United Arab Emirates. The companies have also announced a JPA with the EC to supply doses of sotrovimab to participating Member States of the EU. Additional agreements are yet to be disclosed due to confidentiality or regulatory requirements.